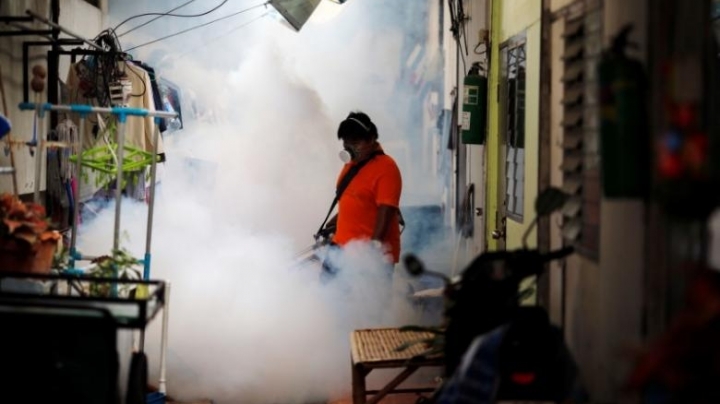 Several countries in Southeast Asia have reported increasing cases of infection from the mosquito-borne Zika virus but Thailand has one of the highest numbers in the region, with 349 confirmed since January, including 25 pregnant women.

Public Health Minister Piyasakon Sakolsatayadorn said authorities needed to be thorough in their investigation of the cases as confirmation would be "sensitive".

"The lab results will take at least two days because we have to be thorough with this as it is a big deal and a link hasn't been detected before," Piyasakon told Reuters.

"This is a sensitive matter for Thailand," he said.

U.S. health officials have concluded that Zika infections in pregnant women can cause microcephaly, a birth defect marked by small head size that can lead to severe developmental problems in babies.

There is no vaccine or treatment for Zika, which is a close cousin of dengue and chikungunya and causes mild fever, rash and red eyes. An estimated 80 percent of people infected have no symptoms, making it difficult for pregnant women to know whether they have been infected.