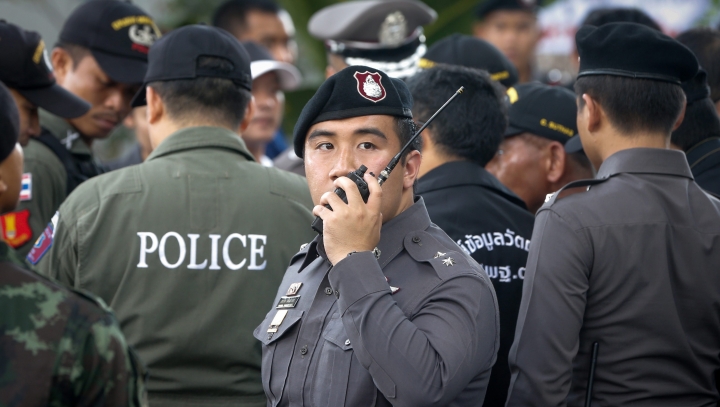 Thai police discovered unexploded bombs in three top tourist destinations over the weekend as they searched for clues to a wave of blasts that rocked resort areas and killed four last week.

No one has claimed responsibility for the bombing spree, which hit seven southern provinces on Thursday and Friday and left dozens wounded, including European tourists.

Police said they know who to blame but have yet to reveal a culprit or suspected motive.

They have ruled out international terrorist groups, calling the attacks an act of "local sabotage".

"Our investigation is progressing. We know who was behind it," deputy national police spokesman Piyapan Pingmuang told AFP, declining to give further details.

Unexploded devices were found and defused Sunday in two bomb-hit areas -- the upscale beach town of Hua Hin and the popular island of Phuket, according to the interior ministry permanent secretary.

"It is likely they were intended to explode at the same time of the previous explosions," said Grisada Boonrach.

Police said other unexploded devices were found Saturday in Phang Nga province, which had been struck by bomb blasts and a suspected arson attack the day before.

Read more on The Daily Mail.