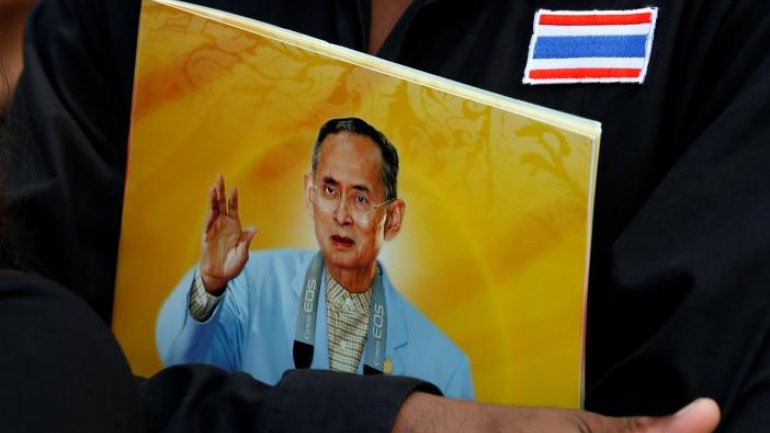 The death of Thai King Bhumibol Adulyadej will not affect plans to hold a general election in 2017, media reported on Monday, scotching speculation that the military government would delay the poll as the country enters a year of mourning, reports Reuters.

Mourners continued to flock from across the country to the Grand Palace in Bangkok to pay their respects to the king, a beloved father figure for the Thai people who died on Thursday after seven decades on the throne.

Officials said they expected tens of thousands every day at the palace and, with so many arriving in Bangkok from the provinces, the city administration has ordered youth centers and public gyms to provide accommodation for free.

The death of the world's longest-reigning monarch had raised questions over whether the junta would delay elections paving the way for a return to civilian rule. However, the Bangkok Post newspaper reported that the poll would proceed as planned.

"The government has reaffirmed its commitment to following the roadmap for general elections scheduled for late next year," the paper said.

Weerachon Sukondhapatipak, a spokesman for the military government, declined to comment on the matter.

The government has stressed since the king's death that the economy and government will work as normal, and it has sought to dispel uncertainty over the succession.

King Bhumibol earned the devotion of Thais for his efforts to help the rural poor, including agricultural development projects. He was also seen as a stabilizing figure in a country often racked by political turmoil.

Crown Prince Maha Vajiralongkorn is expected to be the new king but he does not command the same adoration that his father earned over a lifetime on the throne.

The head of the royal advisory council will stand in as regent for an unspecified period until the prince is invited by parliament to become king. His formal coronation will take place after the king has been cremated following a year of mourning.

The Thai baht and the stock market, which fell sharply last week as investors worried about the country's stability after King Bhumibol, were stable on Monday.

Media have stuck to rigorous reporting guidelines since the king's death, and strict lese-majeste laws forbidding insults to the monarchy have discouraged discussion of the succession.

On social media, however, some Thais voiced anxiety. "I'm afraid for only one thing: Thailand's future," @one user said in a post on Twitter.

The government has heightened censorship of foreign media since the king died. Coverage on Thailand by BBC World television was repeatedly blocked over the weekend.

Thailand's foreign ministry in a note at the weekend criticized foreign journalists' coverage, describing some reports as "manipulative and provocative".

The cabinet has asked that "festivities" be avoided for 30 days and requested people to wear black during this period.

Deputy Prime Minister Somkid Jatusripitak said he had asked garment manufacturers to accelerate production of black shirts and other clothes, and the finance ministry said state banks would cover the cost of producing 8 million black T-shirts.