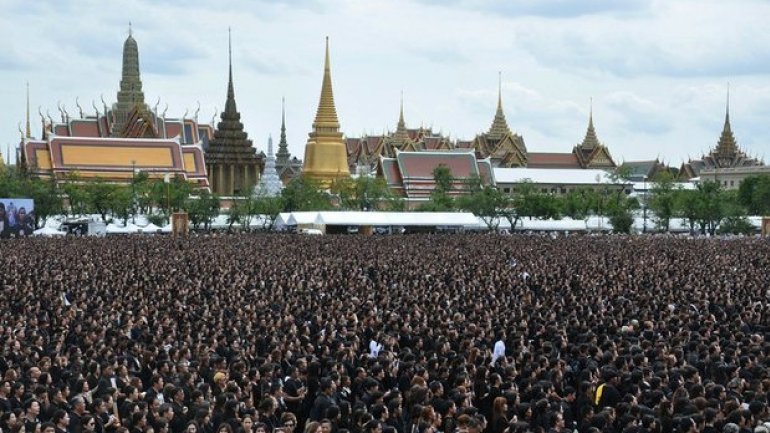 Thailand has sent a high-level delegation to meet Google to push the company to remove any content that defames the royal family, a criminal offence in the south-east Asian country, reports The Guardian.

King Bhumibol Adulyadej died on 13 October, aged 88, after seven decades on the throne. At a time of focused discussion on royal affairs, lèse-majesté laws mean people deemed to have offended the monarchy can face years in jail.

The deputy prime minister said he met Google representatives in Bangkok on Friday and added that the company affirmed it would help the government remove videos from YouTube, a Google subsidiary.

“If any website is inappropriate they said to get in touch with them and inform them of the URL and the time the content was found,” Prajin Juntong told journalists.

Google said this conformed with its global practices.

Google’s terms of service say it may remove or refuse to display content it “reasonably believe[s]” violates the law, providing the company with a measure of control.

Authorities have announced a 30-day mourning period during which people are expected to wear black or dark clothing.

Companies have also sought to show solidarity with national anguish and Google and YouTube in Thailand have changed their online logos to black.

The visit by senior officials to Google will be seen as an attempt to publicly appease people who want a renewed crackdown on royal defamation.

However, Google and YouTube searches on Monday appeared to still show online content available that is likely to be in violation of lèse-majesté laws.

Last week, the justice minister said Thai people should “socially sanction” those who defame the monarchy. A Thai woman accused of insulting the late king on social media was forced to kneel before his portrait outside a police station in front of jeering crowds.