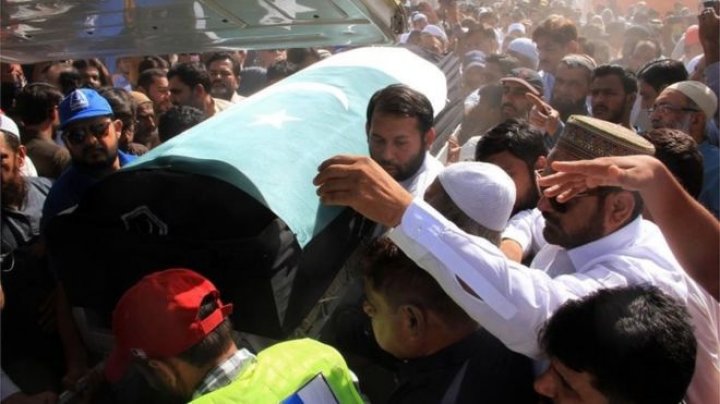 The funeral of a Pakistani student killed in last week's Texas school shooting has taken place in Karachi, writes BBC.

Sabika Sheikh, who was 17, was among the eight students and two teachers killed in the attack in Santa Fe.

Her body was flown back to Pakistan on Wednesday. Senior politicians were among hundreds at the funeral.

The gunman, identified as 17-year-old Dimitrios Pagourtzis, is being held on murder charges and could face the death penalty.

Sabika Sheikh had been due to return home to Pakistan in just a few weeks' time, ahead of the Muslim festival of Eid.

Instead a coffin containing her body was flown back to Karachi airport in the early hours of the morning.

She had been studying in Texas for the last year as part of a US government programme to improve understanding between America and Muslim countries. Her family said she had hoped to one day work as a diplomat.

Her father told the BBC he wanted his daughter's death to be a catalyst for change to America's gun laws.