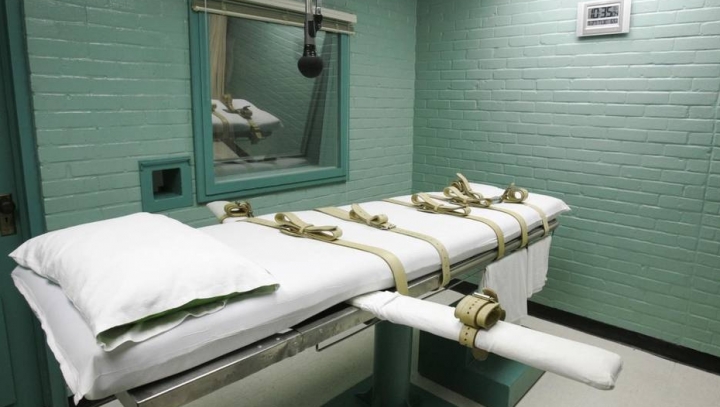 A Texas court offered an unexpected stay of the execution of a man convicted of a murder for which he was not even present.

Jeffery Wood, who had been scheduled to be executed next Wednesday, was sitting in a pickup truck outside a gas station in January 1996 while his friend robbed the convenience store and shot the clerk inside.

Wood, who turned 43 on Friday, was sentenced to death under a state law that says anyone involved in a criminal plot resulting in death is equally responsible regardless of actual involvement or intent.

His lawyers argued that Wood's due process had been violated by false testimony and scientific evidence.

The Texas Court of Criminal Appeals agreed, basing the stay on the fact that an expert psychiatrist who provided his opinion of Wood's mental capacity was later discredited.