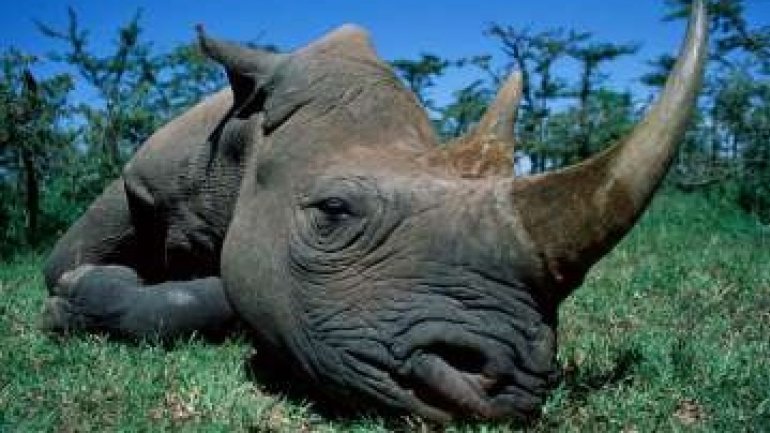 A Texas hunter has sparked outcry and debate by inviting a television crew film him shooting an endangered black rhinoceros he insists he killed to help protect the species.

Corey Knowlton was seen on CNN firing three shots to take down and kill the bull rhino, as it crashed out of the bush at him and his local guides in Namibia.

The Texan hunter’s actions have sparked an outcry of protest, but Mr Knowlton, who paid $350,000 for the right to shoot the animal, said his actions have helped protect the herd he said it was threatening.