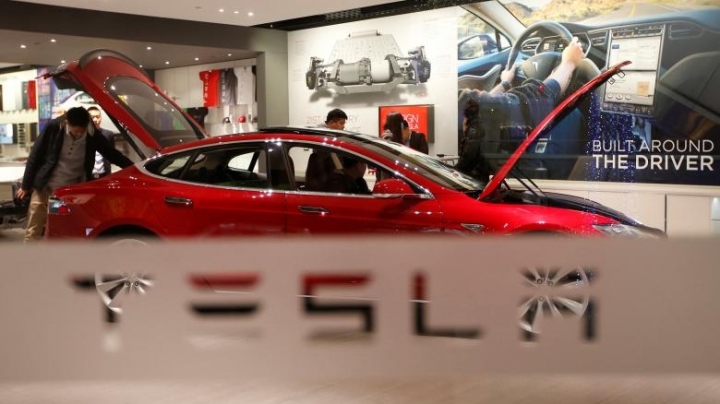 Tesla removed the word "autopilot" and a Chinese term for "self-driving" from its China website after a driver in Beijing who crashed in "autopilot" mode complained that the car maker overplayed the function's capability and misled buyers.

The Tesla driver crashed earlier this month while on a Beijing commuter highway after the car failed to avoid a vehicle parked on the left side, partially in the roadway, damaging both cars but causing no injuries.

It was the first known such crash in China, though it follows a fatal accident in Florida earlier this year that put pressure on the auto executives and regulators to tighten rules for automated driving.

"At Tesla we are continuously making improvements, including to translations," a Tesla spokeswoman said in an emailed statement to Reuters.

"We’ve been in the process of addressing any discrepancies across languages for many weeks. Timing had nothing to do with current events or articles."

Instead a phrase that translates as 'self-assisted driving' is used.

Tesla China staff have additionally undergone training in response to the Aug. 2 crash to re-emphasize that employees must always keep two hands on the wheel when demonstrating the autopilot function, according to a Tesla employee who was not authorized to speak to the media.

Reuters was first to report last week that Tesla said it downloaded data from the Beijing car and confirmed it was in autopilot mode at the time of the crash, although the driver was not detected to have his hands on the wheel.

The spokeswoman for the U.S. automaker issued a statement saying that the system was not self-driving but merely assistive and that drivers were responsible for always maintaining control of the vehicle.

Various Chinese government ministries did not respond to requests for comment on the Tesla crash and self-driving policies.