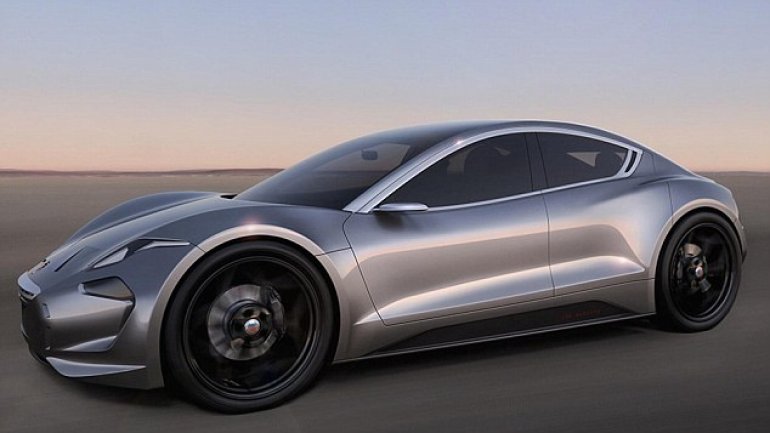 When it comes to performance electric vehicles with extended ranges, Tesla dominates the scene.

However, these new images suggest Elon Musk and his popular Model S and Model X cars could soon be in for some competition, and from a vaguely familiar name, reports Daily Mail.

Henrik Fisker, the Danish designer who brought us the Fisker Karma in 2011 is back, and this is the car he envisages battling with Tesla, called the EMotion.

Fisker was previously design director at Aston Martin, where he brought the world the V8 Vantage and DB9. His design CV also includes the BMW Z8.

But you may also remember him for Fisker Automotive, which five years ago released the Karma - a five-door plug-in hybrid that cost around £84,000 ($102,000).

Despite selling around 1,800 units in the first two years of production, the brand was hit with early quality and reliability issues and lost hundreds of vehicles in Hurricane Sandy in 2012 after its insurer refused to payout on the destroyed models.

The final nail in the coffin came when the sole battery supplier for the car went into administration and Fisker Automotive filed for bankruptcy soon after.

While the Karma continues to be sold under the name Karma Automotive - owned by the Chinese Wanxiang Group who bought the rights - Henrik Fisker, the brains behind the original operation has been plotting his comeback.

Based in California, the name Fisker Inc was registered earlier this year, suggesting a return was on the cards - and these new images confirm the Dane's desires to resurrect the name.

The images of the EMotion, first tweeted by Henrik Fisker himself on Monday, showcase a car that could go head-to-head with the Tesla Model S.

In an interview with Business Insider last month, Fisker promised a new electric car that would cover 400 miles or more on a full charge and be priced similarly to the family saloon sold by rival Tesla.

While details for the EMotion remain thin on the ground, there's no denying that the look is interesting - as you might expect when you consider Fisker's CV of designing cars for brands such as Aston Martin.

It's a far sleeker design than that of the more aggressive Karma, though the front features a heavily vented bumper and bonnet as well as sharp, boomerang-style LED headlights.

It also displays a stunning 'butterfly door' design, like the dihedral doors fitted to the McLaren P1 hypercar but with a reflecting opening for the rear doors too.

Fisker has also promised a more spacious interior as well as a new focus on user experience to bring 'technology and streaming content into a simple logical order'.

So, should Elon Musk be quaking in his boots? Not just yet, as these are currently only renders of what the car could look like.

Meanwhile, Tesla has moved on from focusing on its flagship Model S, to introduce the Model X SUV and prepare for the launch of its BMW 3-Series-sized Model 3.

Fisker will be eager to emulate that success. Expect a drip-feed of details for the EMotion soon.