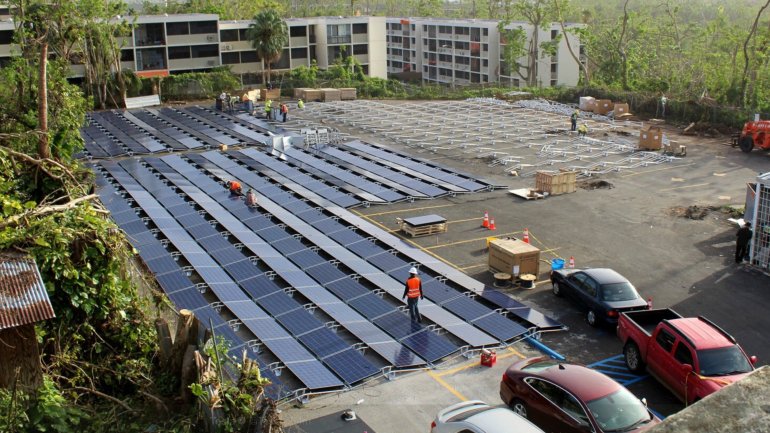 Entrepreneur Elon Musk has followed through on his plan to boost power resources in Puerto Rico after it was devastated by Hurricane Maria.

The batteries will provide energy from the panels when sunlight is scarce.

Tesla said on Twitter this was the "first of many" such projects going live.

Mr Musk has also donated $250,000 (£190,000) of his own money to support humanitarian efforts in Puerto Rico, where many people are still without electricity.

Earlier this month, Tesla's co-founder offered - via Twitter - to help rebuild energy infrastructure. The US territory's governor, Ricardo Rossello, responded: "Let's talk." Mr Rossello has since thanked Tesla for its work at the hospital - also on Twitter (in Spanish).

A $300m contract to repair the power grid was recently awarded to a small, two-year-old US firm with just two employees. Following criticism from US lawmakers, Mr Rossello defended the deal this week.

He said the company, Whitefish Energy Holdings, was the only one that met Puerto Rico's requirements at a low enough cost.

Tesla is known for its electric cars, such as the Model S, but the company is expanding into the renewable energy sector.