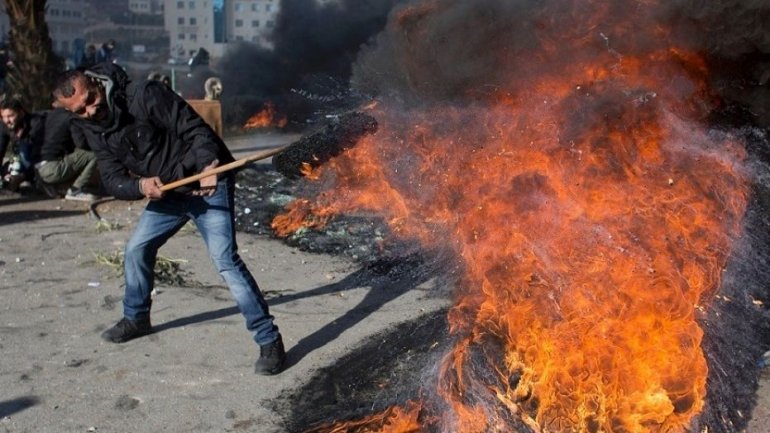 Al Qaeda is urging its followers across the globe to attack the United States and its allies in response to President Donald Trump's decision to recognize Jerusalem as the capital of Israel, wrote Fox News

The terrorist group on Friday called for holy war or jihad, describing America as a modern-era “pharaoh” oppressing Muslims, according to a statement posted on the militant group's media arm as-Sahab.

"The surest and quickest way to confront the aggression of the pharaoh of our age -- America -- is jihad in Allah's name by targeting the vital interests of the United States and its Zionist and Crusader (Christian) allies everywhere," the statement said.

Trump formally recognized Jerusalem as Israel’s capital on Wednesday, ordering the State Department to being the process of moving the U.S. Embassy to the holy city from Tel Aviv.

“There will of course be disagreement and dissent regarding this announcement,” Trump said during a speech in the Diplomatic Reception Room of the White House. “But we are confident that ultimately, as we work through these disagreements, we will arrive at a peace and place far greater in understanding and cooperation.”

The U.S. would be the first country to move its embassy to Jerusalem, which is claimed by both Israelis and Palestinians.

The decision has triggered violence in Palestinian areas, as hundreds of residents in the West Bank cities of Rahhallah and Bethlehem clashed with Israeli troops Thursday.

In the Gaza Strip, Hamas leader Ismail Haniyeh called on Palestinians to launch a new intifada, or uprising, against Israel on Friday -- and planned a "day of rage" in protest of Trump's policy.

Following the administration’s decision to recognize Jerusalem as Israeli’s capital, a senior Palestinian official said Palestinians will not meet with Vice President Mike Pence during his trip to Israel and Egypt later this month.