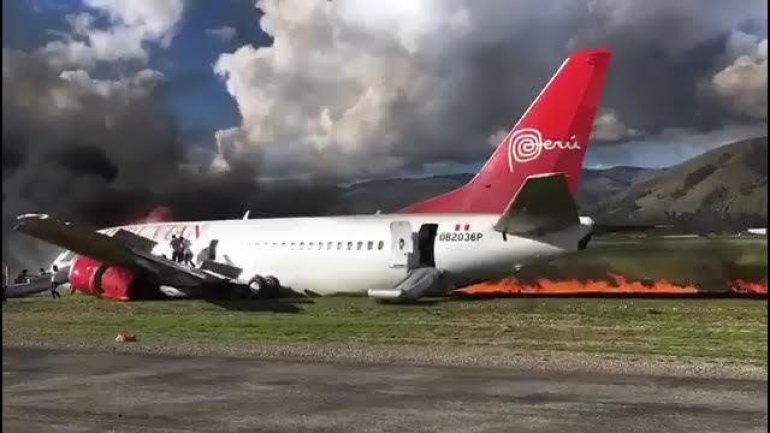 THIS is the terrifying moment a passenger jet burst into flames after skidding off a runway during an emergency landing in Peru, according to The Sun.co.uk.

The fire on the Boeing jet left a trail of black smoke and flames along the edge of the tarmac where it came to rest.

Peruvian Airlines said the 737-300 jet drove off the runway for unspecified reasons during the scheduled landing, after swerving to the right.

It said that all 141 people on board the flight, which originated in Lima, were evacuated safely.