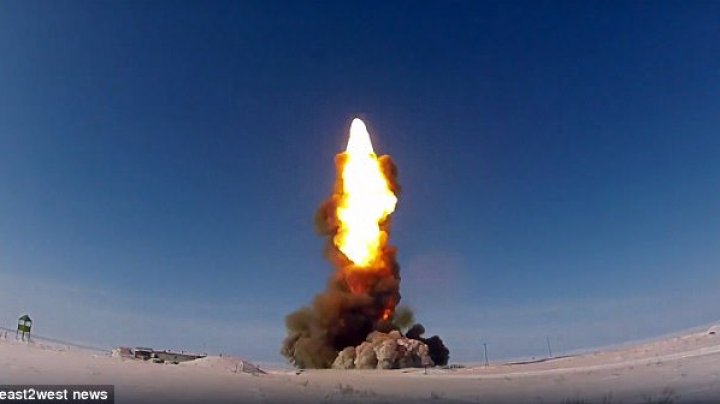 Terrifying footage has emerged showing Vladimir Putin's upgraded anti-missile rockets blasting into the sky during a series of trials.

Video shows the powerful new weapons being launched from the snow-covered Sary-Shagan range in the central Asian nation of Kazakhstan.

Defence chiefs say tests on the defence system, designed to protect the Kremlin and key Moscow installations from enemy strikes, were a success.

The range of the rocket is about 62 miles, with the altitude of the interception of incoming missiles at up to 19 miles.

Moscow boasts that the latest missile system is entirely made by Russian manufacturers without any 'foreign parts'.

The tests were announced by Red Star newspaper which is affiliated to the Russian Defence Ministry.

It did not name the upgraded missile.

Putin's latest show of military might comes just weeks after the the head of the British Army warned that the UK must take action now so that the Armed Forces can tackle the threat from Russia.

In January, RAF jets were scrambled to see off Russian bombers heading for UK airspace, while the number of Russian submarines close to British waters is at its highest since the Cold War.