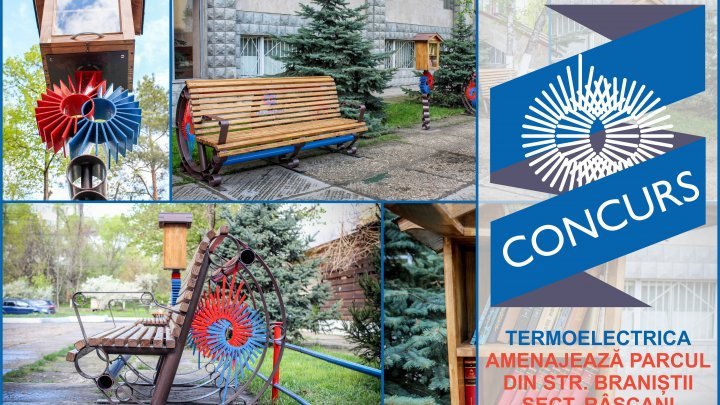 Thus, in this park the enterprise is to carry out free of charge the works of benches, street libraries made by the employees of the enterprise.

About 40 locations were selected for the competition, of which 35 were selected (those with the indicated addresses) and submitted to the public vote on the official Facebook page of Termoelectrica S.A.

Râşcani Park on Braniştii street became the winner after it was proposed by several residents of the Râşcani sector in the contest and it got the highest votes.

"The contest was public and transparent, our consumers decide what public space we are going to set up. The activity is dedicated to the 3rd anniversary of the company. We will finish the work by 16 June to celebrate the anniversary in time", explained the CEO of Termoelectrica SA, Veaceslav ENI.

Planning works are to be carried out by Termoelectrica employees, and financial investments will be supported by the enterprise, with support from development partners.

The inauguration of the park will take place on Saturday, June 16, at 10:00. All the guests are invited to the event, especially the residents of Râşcani who supported the initiative and voted for this public space, as well as the media representatives.