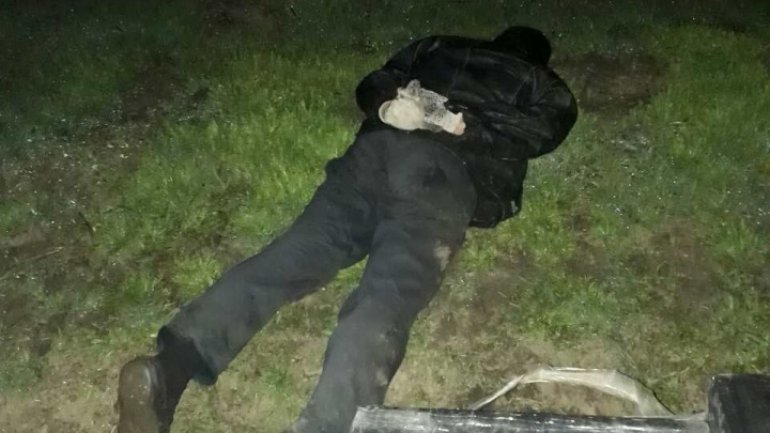 A Moldovan citizen was detained while trying to cross illegally over the “green” frontier 3.000 packages with cigarettes, goods that were to be sold on the black marketplace from Romania.

It was reported the operative information to the investigations officers of the regional NORTH Direction that a group of persons was going to transport over the frontier an imposing lot of smuggled cigarettes.

On April 11 of the current year, the frontier policemen started an action on the line of cigarettes smuggling combatting and the identification of the persons in the responsibility area of the Sector of Frontier Police "Lipcani".

There were observed two persons who exited village Șireuți and headed to river Prut with the help of the mobile thermographic complex around 22.00. Each of them had a huge package on their backs, as well one of the persons carried a bag.

Realizing that they are monitorized, the persons threw the packages and dispersed in different directions, hiding themselves in the wooded strip from the neighborhood.

One of the fugitives was caught and legitimated as citizen of Moldova, aged 43, inhabitant of village Balosnești, district Briceni. Also, the frontier policemen established that in the two packages were packed six packages, totalizing a quantity of 1.000 packages of cigarettes "Ritm", with national excise, and 2.000 "Marble" with no excise.

There was traced the bag in which was arranged an inflatable boat not far from the packages.

The whole quantity of cigarettes, evaluated to the sum of 28 thousand lei, but also the boat were taken and placed at the regional Direction NORTH’s residence.

The Frontier Police’s employees continue the necessary searches to establish all the circumstances and to identify the persons involved in the illegal activity.