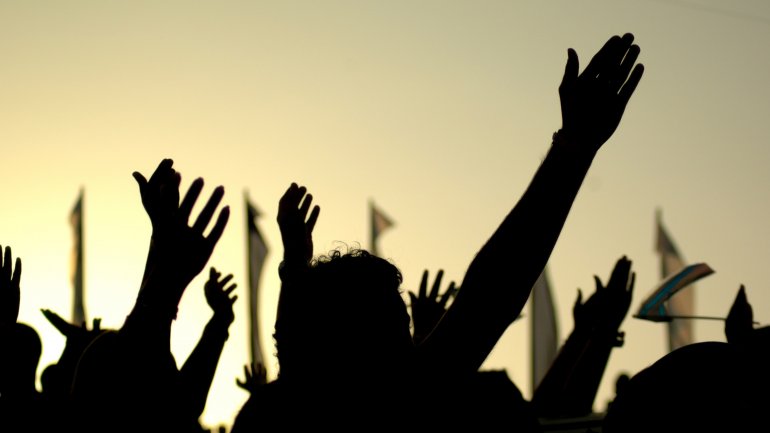 Tens of teachers from several districts protested today in front of the Government. They asked for the increase of their salaries. This, they say, will ensure a decent living for them, and the education institutions will not lack teachers. Ministry of Education claims that it drafted a new payment method based on performance. After this announcement, the trade unions announced that they will stop the protests during the negotiation period with the authorities.

In front of teachers came the deputy minister of Education Elena Cernei. She declared that the Government members are analyzing the possibility of increase of the salaries for teachers.

After the announcement from the Ministry of Education, the trade unions from the field announced that they will continue the negotiations with the authorities and that they are halting the street actions.

According to Ministry of Education, in 2016 were conducted many measures for the improvement of the situation in the field. Was approved the increase of the sole allowance for young teachers, working according to their distribution. Since 1 January 2017, the teachers with university studies will receive 45,000 lei, and those with college studies will receive 36,000 lei.

At the same time, starting with 1 September 2016, the teachers' salaries increased with 8.6 %, and since 1 January 2017, the young specialists will benefit from the reduction with 75% of the pedagogic norm for a salary in the field in the first three years of activity.

Also, the students of the faculties in the education field will receive the allowance 20% bigger in the first year and with 40% in the last years of studies.