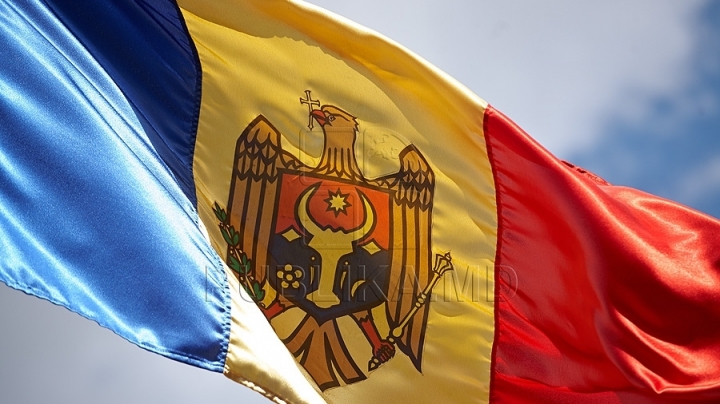 More and more localities are making their own heraldic symbols. Some of them are Danceni and Nimoreni villages from Ialoveni district, Cricova city, and Telenesti district.

Every coat of arms is created individually and was elaborated based on the history of each locality.

Danceni village from Ialoveni district has its own heraldry symbols. The color of the flag is related to the Isnovat river, who is flowing near the village. The cherry color comes from the old name of the river: Visniovai.

The flag is put on the city hall, and other institutions like the library, culture arts house, on schools and kindergartens.

And for people to know the history of the village, local authorities have requested two thousand badges and gave them to people.

Telenesti district also has its coat of arms and flag. At the entrance of the district council headquarters is put a blue flag. In the middle is placed a heron, under its right wing being a military flag and a silver sickle.

The symbol is from the old seal of the Orhei county, in which was Telenesti in the past.

The residents are very proud of their coat of arms.

The representatives of the Heraldry National Committee say that over 60 villages and 30 cities in our country have created their own symbols.

The registration is free of charge, but local administrations spend thousands of lei for the elaboration and manufacture of the flag.

The first village in Moldova which made its own coat of arms and flag was Lapusna, from Hancesti district.