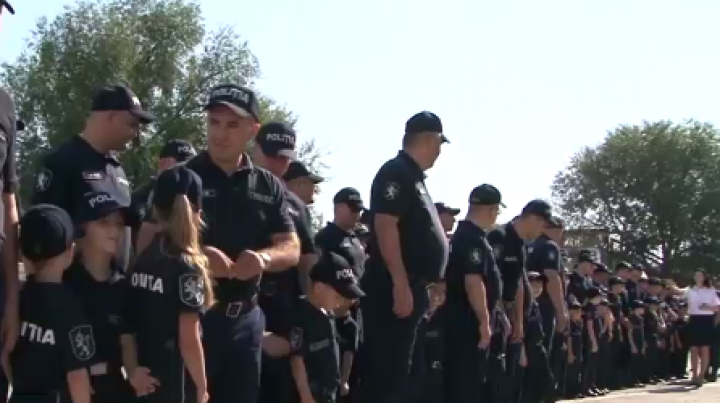 On Saturday, 10 September 2016, the patrolling inspectors have employed 46 children from the entire country in the police department. The students received uniforms, drove in the police cars and participated in the arrest of some criminals.

Before beginning their jobs as policemen, the children were served with tea and sweets, then given a tour through the Inspectorate building and thenparticipated at the alignment. Afterwards they could see the process of detaining a criminal.

The main character of the show “I want a miracle” from the TV post Prime, David Mantaluta, who has been a policeman before, was named as the chief of the Children Department of the Patrolling Inspectorate.