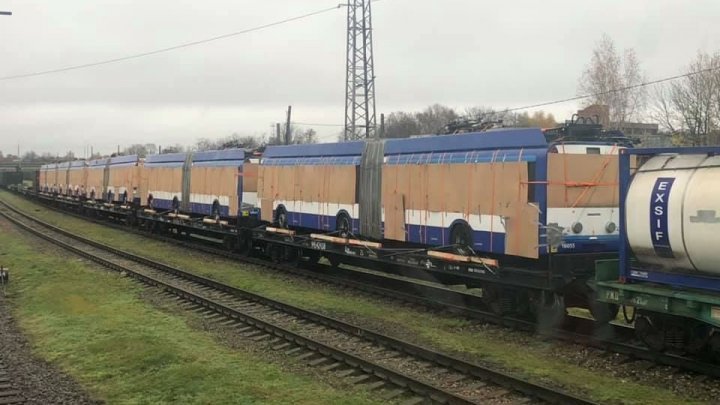 Ten transport units purchased from Riga (Latvia) are on their way to Chisinau. These are five articulated trolleybuses and five classic trolleybuses. The announcement was made by the Chisinau Mayor Ion Ceban on his Facebook page.

These will be put into circut after passing a technical test.

"We will replace the old trolleybuses, which can no longer be used to transport passengers," said Ion Ceban.

According to the mayor of the capital, the transport units are equipped with air conditioning and are adapted to the needs of people in wheelchairs.

At the same time, Ceban also mentioned that next week another 10 trolleybuses will leave Riga so that by the end of the year all 25 transport units will run on the streets of Chisinau.