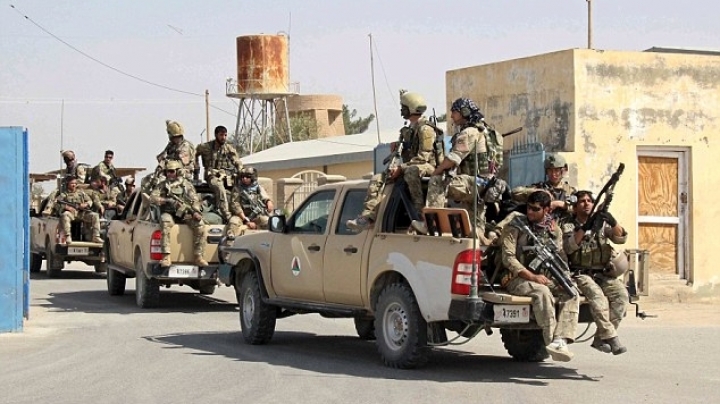 Up to ten foreign tourists are feared dead and five more injured after a convoy was ambushed by Taliban fighters in Afghanistan, reports Daily Mail.

Militants attacked the tourists, who were being escorted by an Afghan army convoy, as they passed through the western province of Herat this morning.

Two mini-buses reportedly came under gunfire as the vehicles were driving along a main road.

District governor Farhad Khadimi told the Xinhua news agency: 'Two mini buses carrying foreign tourists were attacked by gunmen along a main road in Chishti Sharif District Thursday morning.  As a result of the incident 10 people were killed and five others wounded. Several travellers were rescued by security forces shortly after the incident. And an investigation was launched into the attack.'

The tourists were on their way to Herat from Bamiyan and Ghor provinces when they were ambushed by Taliban gunmen, another spokesman said.

The official said that six people were wounded in the attack, but there are local reports that as many as ten may have been killed.

The Taliban have officially not claimed responsibility so far for the attack and the nationality of the tourists was not immediately known.

The attack comes as Taliban militants intensify their annual summer offensive after a brief lull during the holy fasting month of Ramadan, which ended in early July.

Highways in Afghanistan passing through insurgency-prone areas have become increasingly dangerous, with the Taliban and other armed groups frequently kidnapping or killing travellers.