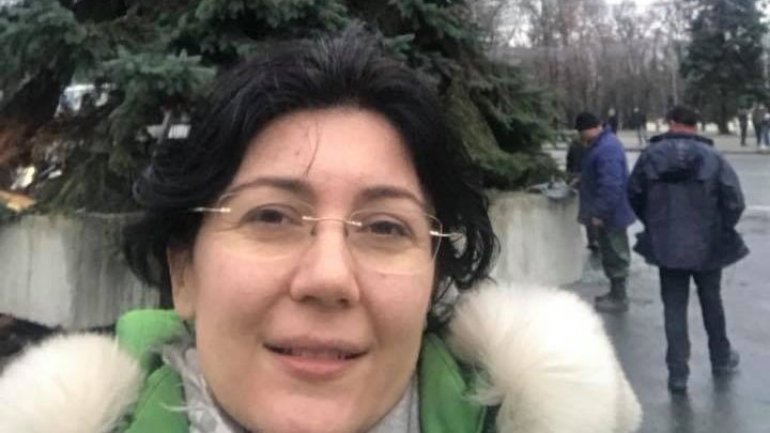 In a message posted on Facebook, the interim mayor of Chisinau, Silvia Radu, apologized to the Chisinau inhabitants for such mistake.

"The new fir tree has arrived in PMAN! I preserved something like the president of the United States. I was supposed to receive my baptism of interim mayor?

"I had all kinds of feeling today, from humiliation, to the moments when person laughed at the farce that happened to me. Maybe it's not a joke but I am not the person who will cry in such moments. I want to apologize to all inhabitants after such show occurred. I want to give you a gift from the bottom of my heart. It's superb and sincere gift from my soul", said Interim Mayor, Silvia Radu.

The interim mayor also mentioned that somebody tried to break the magic of the winter festivals, but eventually failed.

"Some idiots have tried to ruin our joy of the holidays, those who have ruined our lives in Chisinau for years. They wanted to induce the false idea that the mayor must go to cut and transport the tree. But what they actually managed today was to show once again their thick and liberal cheek, thicker than my tree, I admit. I thank my colleagues in the Chisinau City Hall who were with me and helped me, most officials are extraordinary people and after we get rid of the few saboteurs that we all already know, we will make the beautiful capital together. I also thank ordinary people on Facebook or on the street, who today did not argue with me, but encouraged me and they were with me. We started to decorate the tree and I trust that something nice will come out on Monday for us to inaugurate, "said Chisinau interim mayor, Silvia Radu.

Radu made an even more amusing way, especially for Valeriu Munteanu.

"P.S. The tree costs 10,000 lei, I will pay this, the owners signed the contract and we agreed to donate this money together to needy people. I thank them wholeheartedly for the help they gave me!

P.S.2 If you see Valeriu Munteanu with his sickle and the hammer around the tree, send him the message on Facebook. "