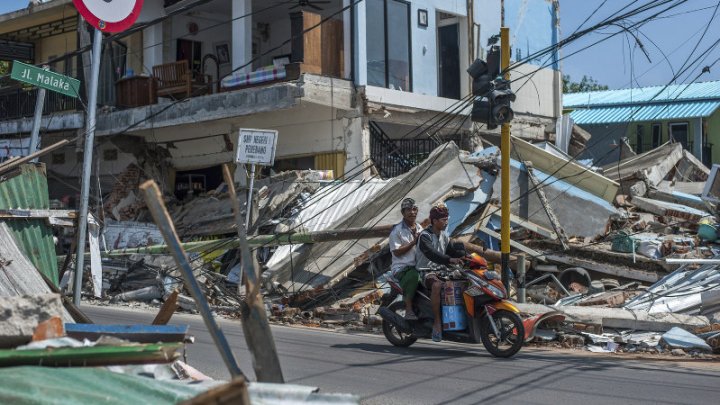 A temporary market at Indonesia's Tanjung district of North Lombok has opened on Saturday, a week after a 7.0-strong earthquake hit the area killing hundreds of people and destroying thousands of homes.

Lombok was hit by three big quakes in little more than a week.

The magnitude 7.0 quake on Sunday killed at least 321 people and damaged or destroyed nearly 68,000 homes. Some 270,000 people are homeless or otherwise displaced.