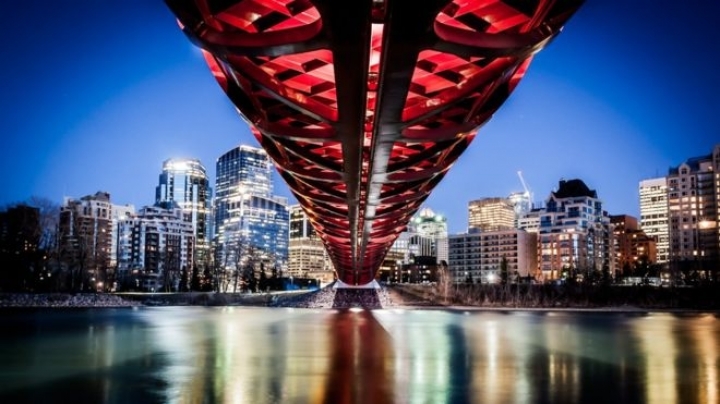 Physicists have set a new bar for quantum teleportation: moving information from one place to another without physically sending anything between the locations, reports BBC.

This form of teleportation differs from that depicted in Star Trek: it involves transferring quantum states of a light particle, not Starfleet officers.

But the method offers huge promise.

Teleportation over long distances and across optical fibre networks is an important step towards the ultra-secure communications promised by quantum cryptography.

And the set-ups described in studies published in Nature Photonics journal could be seen as building blocks for a future "quantum internet".

In one of the papers, Dr Wolfgang Tittel and colleagues describe how they teleported the quantum state of a photon, or light particle, over 8.2km in the Canadian city of Calgary.

The process by which information - the quantum state of a photon - is teleported involves creating two photons at the University of Calgary (site B in the aerial photo).

One of these photons is sent in a "classical" way along 11.1km of optical fibre to a building near Calgary City Hall (C in the photo), while the other remains behind at the university.

Meanwhile, a photon is also sent to the City Hall site from site A (located in the neighbourhood of Manchester). This all results in the quantum state of the photon from site A being transferred to the photon which remained behind at the university (B) through quantum teleportation. 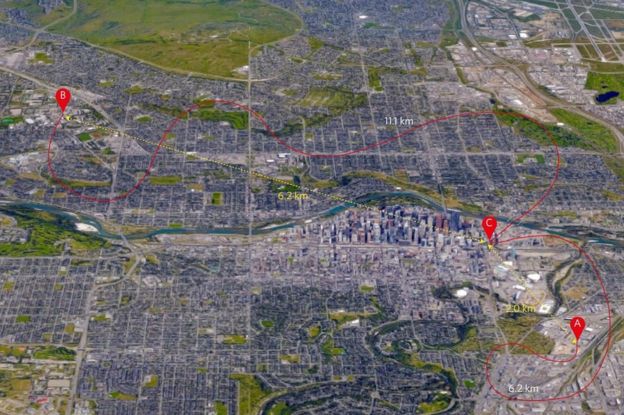 This teleportation process occurs via a phenomenon known as entanglement, which describes how sub-atomic particles can be linked even if they are separated by a large distance.

The details of entanglement are not well understood; it even befuddled Einstein, who famously described it as "spooky action at a distance".

In the other Nature Photonics study, Qiang Zhang and Jian-Wei Pan from the University of Science and Technology of China, Shanghai, used a different set-up to achieve teleportation over a 30km optical fibre network in the Chinese city of Hefei.

In 2012, Anton Zeilinger of the University of Vienna carried out quantum teleportation over 143km of free space between different Canary Islands.

But Dr Tittel says his study uses a configuration that could serve as the benchmark for useful city-based quantum networks. Both studies demonstrate that teleportation works over several kilometres of the optical fibre used in metropolitan areas.

In future, theoretical devices known as repeaters could help amplify signals, enabling communications - a quantum internet, if you like - over much bigger distances.

This could enable the roll-out of much more secure communications offered by quantum cryptography. This would enable separate parties to produce a shared and random secret key known only to them that could be used to encrypt and decrypt messages.

"For the longer term, the two papers demonstrate that the possibility of quantum networks that span a city are a realistic proposition, which is an exciting vision for the future."