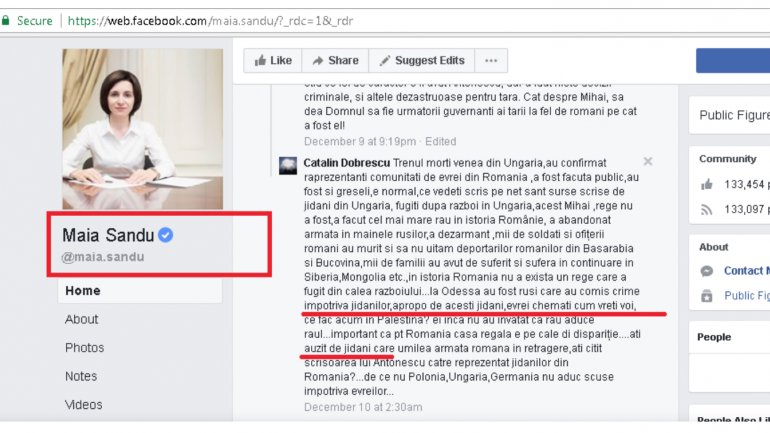 Maia Sandu's name has made an appearance in an article made by telegraphworld.com.

There, the authors have commented her latest posts on social networks, calling them hostile and prejudice against Jewish society. Commenting upon the fact that her views can be considered as dangerous.

The articles, showing her Facebook page and some comments made by her supporters, compared it to the neo-nazi propaganda of Ion Antonescu, an ally of Adolf Hitler from the Second World War. Reviving the idea the Former Prime Minister of Romania had when he was ruling over Moldova in 1941, to rename the streets from Chisinau.

Ion Antonescu was a politician, who, during most of the Second World War acted as Prime Minister, siding with Nazi Germany. After the war, he was convicted of war crimes and executed.