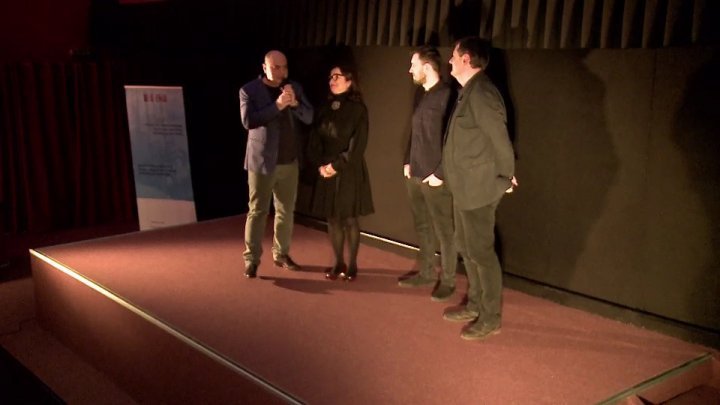 The first documentary filmed by Telefilm-Chişinău was launched yesterday. The piece, named My Slovenia with Ala Adamia shows the life of a citizen of Moldova who lives in that country.

The main character, Doctor Ala Adamia, lived in Slovenia for many years now. There, she begun a family and claims that the similarities between both countries made Slovenia feel like a second home.

"Slovenia is also a small country, like Moldova. People from Slovenia can make great wine, just like those from Moldova. Both in Slovenia and Moldova the nature is breathtaking and people know how to treat guests" protagonist Ala Adamia declared.

This piece is only the first of the six planned documentaries. The other five will be filmed in Croatia, Slovakia, Czech Republic, Estonia and Latvia.

"In each country we will find a citizen of Moldova who lived there for many years, who knows the language, as with Ala Adamia. We have not modified anything in this movie, showed everything as it is" film director from Telefilm-Chişinău, Mircea Surdu said.

The project is supported by the European Union and Council of Europe.

"We offered assistance in purchasing all the necessary equipment for this project, we trained teams of journalists" Project Officer from Council of Europe, Dumitru Lazur said.

People who saw the documentary claim that this is a good beginning for local filmmaking.