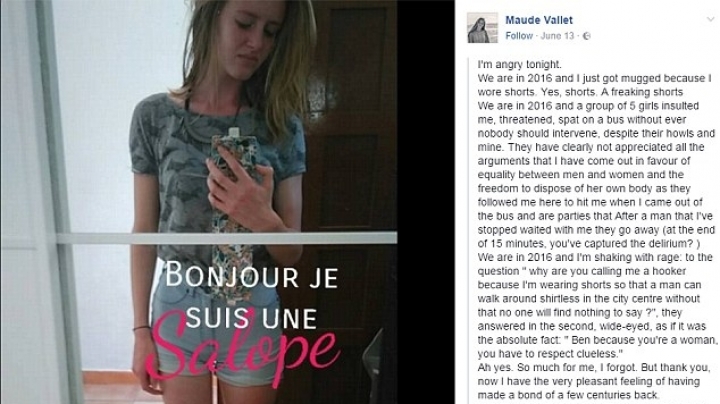 Two teenagers have been jailed in southern France for their part in a brawl that saw three men violently attacked in front of their children after objecting to sexist comments directed at their wives, Independent informs.

The two couples, a friend and their children were cycling in the city of Toulon in July when the two women were abused for wearing shorts by around 12 youths.

Local prosecutor Bernard Machal said the teens hurled insults at the women, shouting “whore” and “go on, get naked”.

He said: “Their husbands then asked them to respect their wives and this provoked a brawl. The three men were severely beaten in front of their children.

“This was provocation of a sexual nature with the intention of forcing a reaction out of the men present.”

Two members of the gang, aged 17 and 19, were arrested “within 24 hours” thanks to CCTV and were jailed at a hearing in the city on Tuesday.

A preliminary investigation is underway to find the other youths who carried out the attack, Le Figaro reported.

The widely condemned burkini ban was blocked by a court in Paris last month but a local court in Corsica ruled earlier this week that a town's ban was permissible in the area as the presence of the swimsuits still “threatened public order”.