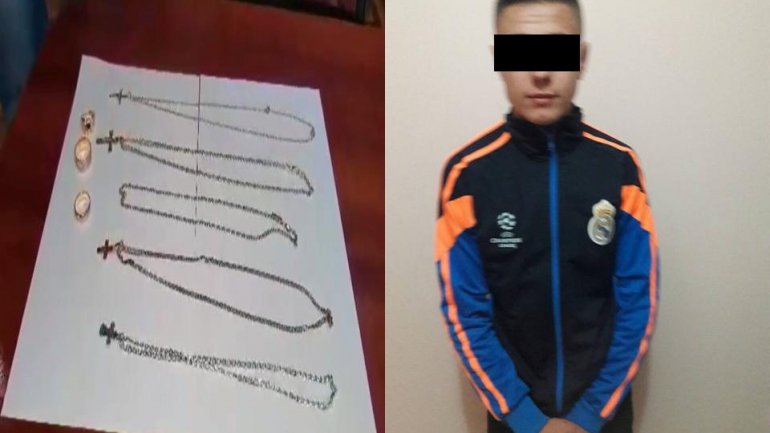 A 17-year-old teenager, from Teleneşti, was arrested for stealing golden jewelry from citizens in Capital.

The boy would take the golden chains from victim's neck, in the open and then run away. The goods were afterward sold to pawn shops.

The four people suffered a 18 000 lei loss. Police officers will seize the stolen jewelry and return them to their rightful owners.

The teenager was reported for two similar cases in Botanica and Râşcani Sector from Chisinau.

If found guilty, he risks up to 7 years of imprisonment.