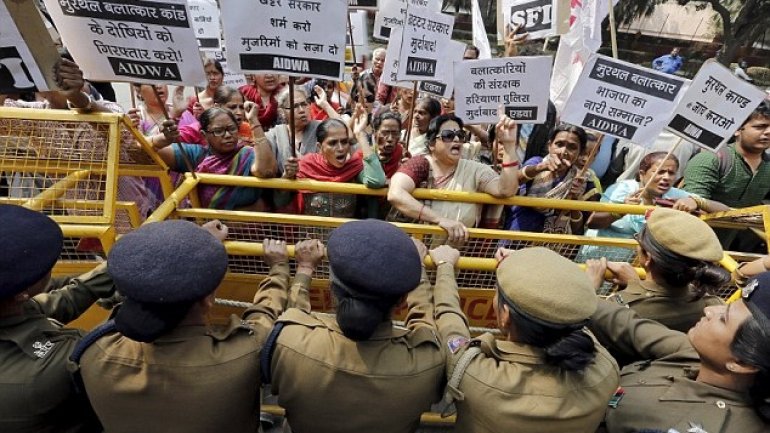 A teenager girl's ears were hacked off while four men were trying to gang-rape her in the latest horrific sex attack to shock India, it has emerged, informs Daily Mail.

The youngster, from the Baghpat district of Uttar Pradesh, north of the capital Delhi, said she was mutilated when she tried to resist her attackers.

She had earlier been kidnapped by four men who took her to a house and tried to rape her.

The girl's mother heard screams coming from the building and went to investigate.

But the attackers turned their attention to the mother, beating her 'badly' before running off.

Both victims were treated for their injuries after the ordeal on January 4.

Police say they are trying to arrest those responsible.

It is the latest in a string of brutal sex attacks to shock India.

The country has introduced tough laws against sex offenders in the wake of the fatal gang-rape of a student in the capital in December 2012 that sparked mass street protests.

But high levels of sexual violence against women continue.