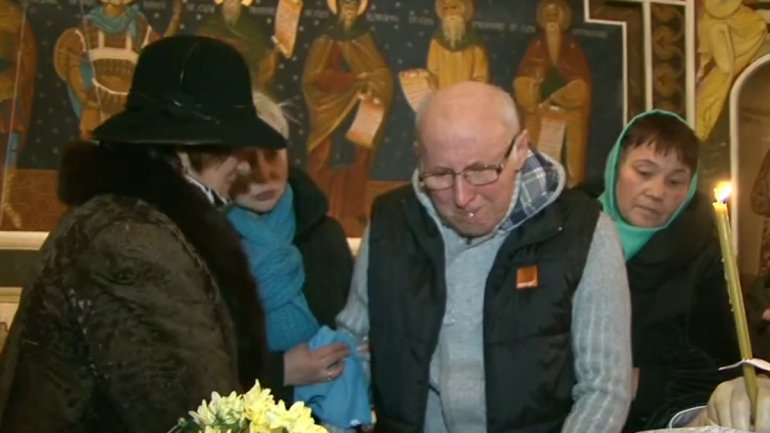 Dozens of people have came last night, February 6th, at the Cathedral "Saint Theodora from Sihla" to bring the latest flowers to Gheorghe Parlea. Among those who came to say his last goodbye was his friend and master, the actor Gheorghe Urschi who cried for minutes at the head of his friend.

Gheorghe Urschi came with his daughter. Moment of the actor in the church has moved to tears those present. The actor Gheorghe Urschi could not master his sadness and burst out sobbing next to the coffin of his friend.

Daughter of Gheorghe Parlea said he was not only a talented actor, but also an good father.

Peers tell that the death of actor Gheorghe Parlea is an irreplaceable loss for Moldovan culture.

The Varancau village, Soroca district is also mourning. The actor was born there and grew up in the house that they already sold.

Friends say that the master Gheorghe Parlea was very fond of his native village.

Gheorghe Parlea died on February 4th. The actor was 72 years old and suffered from diabetes for a long time.