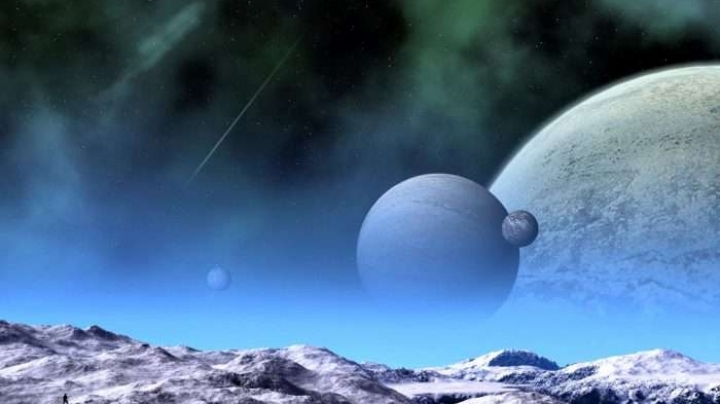 NASA's planet-discovering Kepler mission suffered a major mechanical failure in May 2013, but thanks to innovative techniques subsequently implemented by astronomers the satellite continues to uncover worlds beyond our solar system (i.e., exoplanets), reports phys.org.

The team was able to identify the rare suite of five planets in Kepler's extended mission data by developing algorithms that attempt to compensate for the satellite's instability, which resulted from the mechanical failure that occurred in 2013. A member on the team, Martti H. Kristiansen, identified the five transits in diagrams subsequently produced by their pipeline. The image below conveys the raw and corrected data, whereupon bona fide transits are readily discernible in the latter.

Vanderburg and colleagues obtained spectra that implies the star hosting the planets (designated HIP 41378) is relatively similar to the Sun, featuring a radius and mass of 1.4 and 1.15 times that of the Sun, respectively. However, the planets in the newly discovered system were found to complete their orbits in a comparatively short time (typically less than 1 year). The shorter orbital periods are often a result of a selection bias that stems from efforts aimed at detecting planetary systems using the transit method, which uncovers planets by identifying the drop in brightness that occurs as an exoplanet passes in front of its host star along our sight-line. Such transits are rare because of the impracticality of monitoring a target host star unceasingly, and because of orientation effects (i.e., a near edge-on perspective is required). The Kepler satellite monitored HIP 41378 for 75 days.