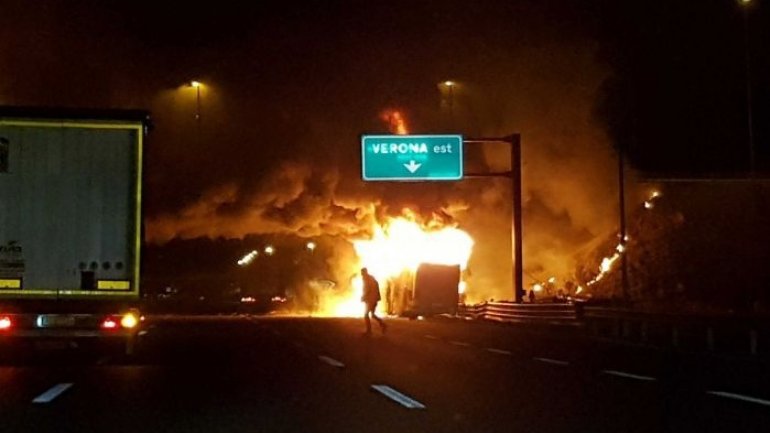 A teacher credited with saving many pupils from a burning bus after it crashed in northern Italy lost his own children in the fire, officials say.

Sixteen people died in the accident, another seven are in hospital.

The bus, carrying pupils from Hungary, collided with a roadside column near Verona late on Friday.

Gyorgy Vigh pulled many children out of the bus. But his son, 30, and his daughter, 18, died, said Hungary's Consul-General in Milan Judith Timaffy.

Ms Timaffy said his wife had also been on board.

Parents of the other children, she added, had arrived in Italy, accompanied by psychologists, informs BBC.

The bus was returning to Budapest from France, where the pupils - from Budapest's Szinyei Merse Pal secondary school - had been on a skiing holiday, when it hit a roadside bollard as it exited the A4 motorway.

It is not known why the bus left the road.

Mr Vigh, a physical education teacher, is one of those recovering in hospital with burns.