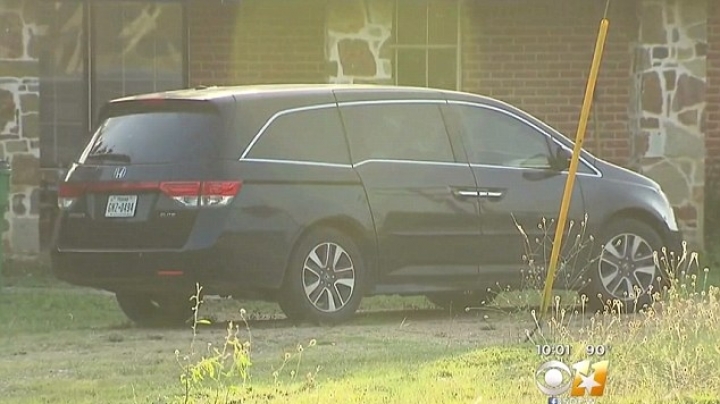 The father of a six-month-old girl who died after she was left in a hot car for up to four hours in Texas on Tuesday afternoon has been charged with manslaughter, reports Daily Mail.

Michael Shannon Thedford, 33, is accused of dropping off his other two children - aged five and three - at a day care in Melissa, but then returned home with the baby in the minivan.

According to a probable cause affidavit obtained by KDFW, Thedford went into the house and had a nap, not waking up until at least three hours later.

Afterward discovering the baby still in the car, he 'placed the girl in the refrigerator for an undetermined length of time', before calling 911, according to the affidavit.

Thedford and his wife attempted to perform CPR on the little girl but were not successful.

Capt. Jim Moody of the Collin County Sheriff’s Department said deputies were called about 1:30 p.m. Tuesday to the family home in Melissa, about 40 miles north of Dallas.

They arrived to find the child removed from the car but unresponsive.

Temperatures around nearby Dallas reached into the mid 90s on Tuesday afternoon.

It is believed the two children were dropped at school at 9 a.m., around 4.5 hours before police were called.

Fabiola Contreras, who lives across the street, told CBS DFW: 'They used a Mickey Mouse type of doll for him to show what happened and now that I think about it, they also were measuring from the van to the door now that I remember.'

Contreras told the CBS affiliate: 'They were asking the mother a few questions and she looked like she was crying.

'She was devastated. So was he, he would hug her and cry as well.'

Authorities arrested Thedford, with the father held on $20,000 bond.