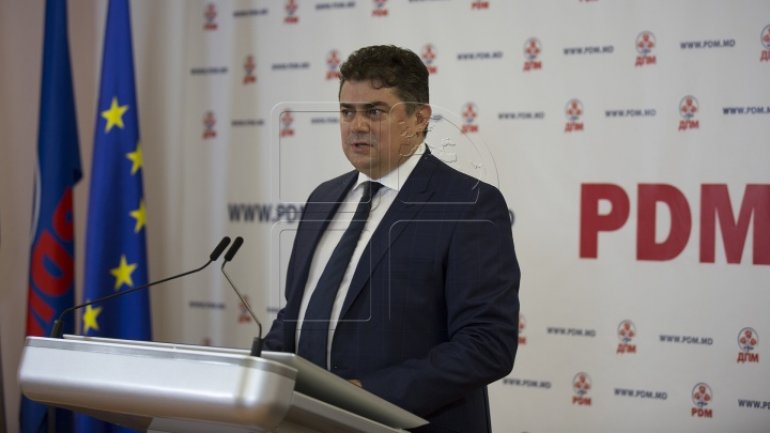 Minister of Economy and Infrastructure, Octavian Calmîc had a meeting with members of European Business Association (EBA).

Regarding energy sector, the minister enunciated that the ministry is drawing up several new methods of calculation of tariff for provision and distribution of electric energy based on European practices.

Deputy Prime Minister Octavian Calmîc spoke about the agenda of the Government and MEI in the short and medium-term in all sectors of the national economy, especially in the field of attracting foreign direct investments in the Republic of Moldova, supporting the business environment, etc.

Making a radiograph of the national economy, Deputy Prime Minister specified that the statistical data indicate that in the first half of the year the GDP grew by 2.8% compared to the same period last year, the average salary by 10%, and the forecasts indicate that the annual inflation rate will be around 6%.

Octavian Calmîc spoke about the policies to be implemented by the authorities in the field of budget-fiscal policy, regulatory reform, harmonization of national legislation, etc., the ultimate goal to create a favorable environment for the activity of economic agents.

EBA members have addressed a number of issues, which, in their view, will help eliminate more barriers to business activity, facilitate their development, increase the volume of goods produced, etc.