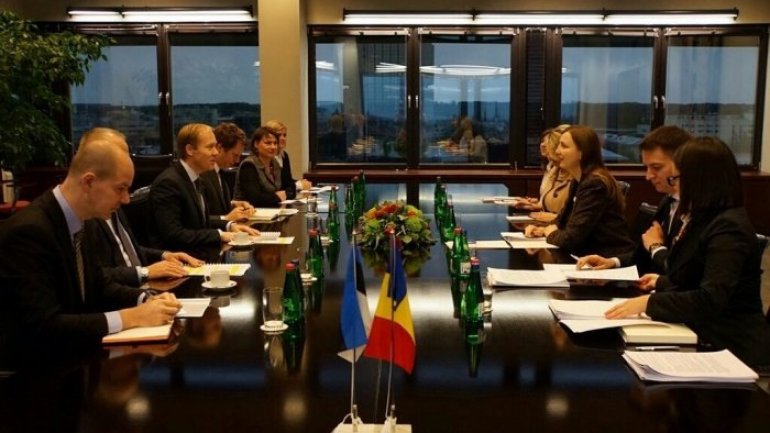 Moldovan-Estonian political consultations in the European integration sector were held in Tallinn today. The consultations were led by Moldovan Deputy Foreign and European Integration Minister Daniela Morari and the acting undersecretary for political affairs of Estonia’s Foreign Ministry, Paul Teesalu, according to Moldpres.

In the context of Estonia taking over the Presidency of the EU Council in the second half of 2017, the sides exchanged opinions on preparations for the future Summit of the Eastern Partnership. Daniela Morari unveiled the main goals and priorities of Moldova and of the Eastern Partnership countries for the forthcoming Summit. As for the political dialogue, the officials considered the present stage of the bilateral relations, and appreciated the advanced level of cooperation between the two states in diverse fields. A special subject of the discussions represented the latest developments in terms of security in the region, relations with the neighbours and opportunities of cooperation within the EU’s Common Defence and Security Policy.

Deputy Minister Daniela Morari thanked the Estonian side for the support provided to Moldova, including within the programme on cooperation for development. She highlighted the bilateral projects implemented, to strengthen the institutional capacities, as well as the ones with direct impact on citizens, which contribute to Moldova’s advancement on the European integration way.

The visit’s agenda included also a meeting between the deputy minister and Chairman of the Estonian parliament’ European Union Affairs Committee Kalle Palling. The sides tackled aspects on Moldova’s European agenda and possibilities of advancement of the bilateral cooperation on the parliamentary dimension.