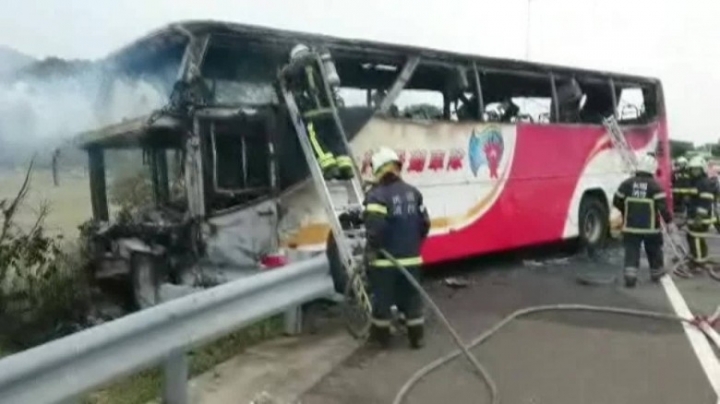 The driver of a bus that crashed in Taiwan in July, killing 26 people, was suicidal and intentionally set the vehicle ablaze before ramming it into a guardrail, CNN reports.

The man was at fault for the deadly accident near Taoyuan International Airport in Taipei, law enforcement investigators told Taiwan's Central News Agency.

He planned to kill himself by self-immolation due to "family pressure and because he had been sentenced to prison in a sexual assault case," CNA reported Saturday.

The driver set fire to the vehicle after dousing it in gasoline, killing himself and 25 other people on board.

Of those killed, 24 were tourists from China, including three children. A Taiwanese tour guide also perished in the blaze.

The crash occurred on July 19 on a highway that serves Taipei's airport, CNA reported at the time.

The bus was headed for the airport, where the tour group was due to fly back home after seven days in the country.