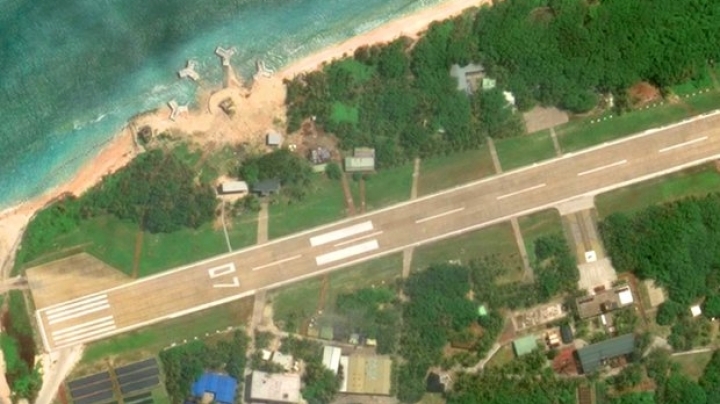 Taiwan has asked Google to blur images of new military structures that have recently appeared on the hotly contested Spratly Islands in the South China Sea, The Guardian informs.

Satellite pictures on Google Earth and Maps show four large three-pronged structures surrounding a circular building on the western coastline of Itu Aba, or Taiping Island, which is controlled by Taiwan but also claimed by China, Vietnam and the Philippines.

The disclosure of the structures, revealed when images was updated in July, comes amid rising tensions over Beijing’s territorial claims in the South China Sea, and at a sensitive time for the Spratly Islands, a major archipelago located in strategic shipping lanes.

In July, a United Nations court of arbitration upheld a challenge by the Philippines that China could not claim historic rights over the islands. It also characterised Taiping as a rock, meaning it could not be used to assert territorial claims over surrounding waters.

Both China and Taiwan rejected the ruling.

Google confirmed that it had received the request from the Taiwanese government and was reviewing it.