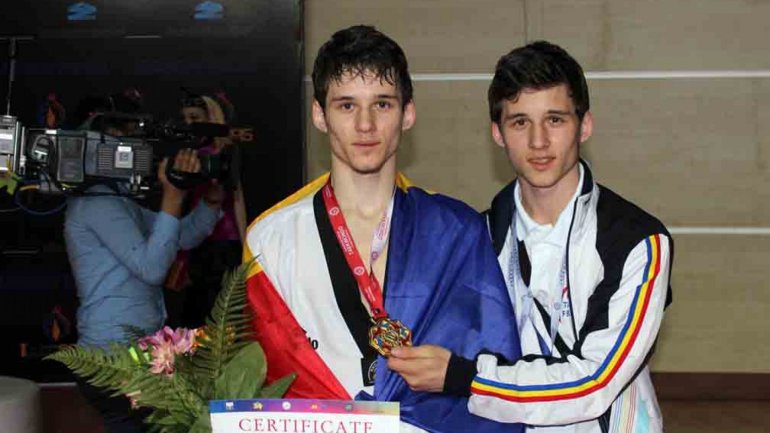 Two fighters, brothers Stepan and Vadim Dimitrov blame Taekwondo federation of Republic Moldova for their suffering for the past two years.

The sportsmen claim that they were never given the chance to participate in more important tournaments, being written off by  Igor Iuzefovici. Dimitrov brothers declare that in 2015 they decided to switch coaches from Mircea Beţian to Vladislav Mazur.

"After this many coaches and colleagues starting calling us "traitors". We cannot understand why! Coach Vladislav Mazur is also from Moldova, it is not like we left the country" Vadim Dimitrov confessed.

"We were not allowed to participate in the three  Grand Prix fights, loosing our ratings and chance to enter the Olympics. Our ranking went down from 8th place to 13th. This year we were never registered in any competition and we cannot understand why" Stepan Dimitrov declared.

Since 2015, the two sportsmen started writing complaints to the National Olympic Committee. The institution recently suspended all higher ups from the Taekwondo federation of Republic Moldova. This fact, in no way, will get in way of our sportsmen from participating in international championships.

"It is not something that lasted a month or two. For year we, along with other ministries, were receiving letters. We encourage people to write us. We have also strongly believed that the matter will get solved by itself. Recently we started receiving letter with the content: I will help the sportsmen, but Mazur will go to prison" President of CNOS, Nicolae Juravschi stated.

The accused president, Igor Iuzefovici, has denied everything.

"Brothers Dimitrov were considered prized sportsmen. For the last few years though, their performances became worse, so I cannot send them to the competitions they wished, nor do they have the right to chose their own coach."  Igor Iuzefovici admitted.

The Taekwondo federation of Republic Moldova disagrees with sanctions given to them and have written to the Court of Arbitration for Sport, who on 3rd October 2017 will examine this case.