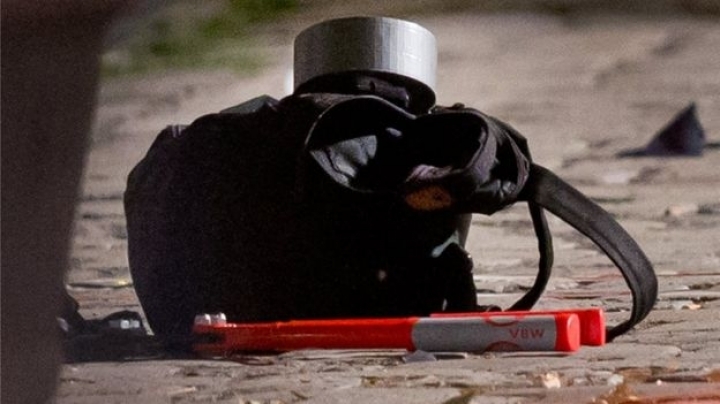 A video showing the Syrian man who blew himself up in Ansbach, Germany, on Sunday pledging allegiance to the leader of so-called Islamic State has been found on his phone, says Bavaria's interior minister.

Joachim Hermann says two phones, multiple SIM cards and a laptop were found with the body of the 27-year-old asylum seeker or at his accommodation, reports BBC.

The man threatened a "revenge attack" on Germans in the video, he said.

Bavarian authorities said that the bomb was constructed in such a way that it was clearly meant to kill as many people as possible.

Further bomb-making equipment was found at the asylum seeker accommodation where the man was living, including petrol, hydrogen peroxide and batteries, they added.

A detailed analysis of the content of the videos was ongoing, Mr Hermann said.

"I think it is unquestionable that it is a terror attack with corresponding Islamist convictions of the perpetrator," he said.

The Ansbach attacker - who has not been named - came to Germany two years ago but was denied asylum and was due to be deported to Bulgaria, where he had already been granted refugee status.

Officials say the man has tried to kill himself on two occasions and has received psychiatric inpatient treatment.