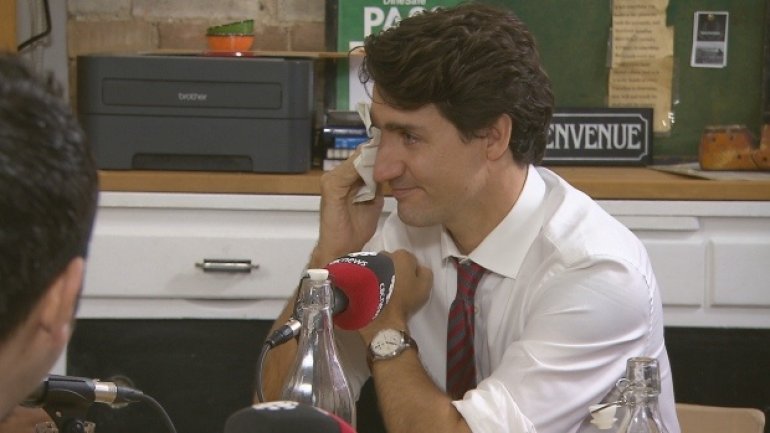 Justin Trudeau wiped away tears during a roundtable with Syrian refugees and sponsors, as one newcomer recalled being greeted by the prime minister when he arrived in Canada one year ago, according to cbc.ca.

Trudeau and Vanig Garabedian were among a small group of people who gathered at a Toronto restaurant last week to reflect on the first year of the Syrian refugee program.

Addressing the prime minister, Garabedian recalled the moment last December when he stepped onto a Toronto-bound plane in Beirut, Lebanon, and shook the hand of a Canadian who was greeting passengers as they boarded.

"He shook hands with me and said, 'Go and make Canada a better place.' So that was the very last person I shook hands with in the Middle East. Then we landed at Pearson airport, and the very first person we shook hands was the prime minister," Garabedian said, prompting Trudeau to grab a napkin off the table and wipe his eyes.