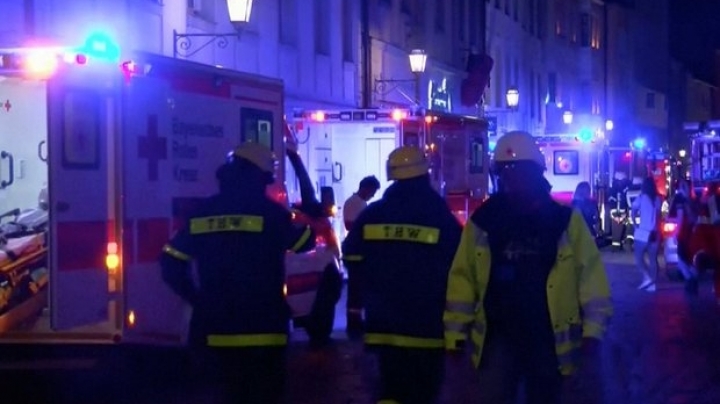 The 27-year-old Syrian man who killed himself and injured 12 others when he detonated a rucksack of explosives outside a music festival in southern Germany was due to be deported to Bulgaria after having his application for asylum turned down.

Bavaria’s interior minister, Joachim Herrmann, said his personal opinion was that the attack in Ansbach appeared to have been driven by Islamic extremism, but other authorities cautioned against a rush to judgment.

A federal interior ministry spokesman said he could not yet say why the suspect, who arrived in Germany two years ago and whose asylum application was turned down a year ago, had not been deported. He was to be sent back to Bulgaria under the Dublin regulation, which stipulates that a refugee’s EU country of first contact is responsible for processing his or her asylum request.

Germany suspended the Dublin regulation rules last August, saying they were not working. The suspect, who has not yet been identified, is believed to have been granted temporary leave to stay in Germany due to the civil war in his home country.