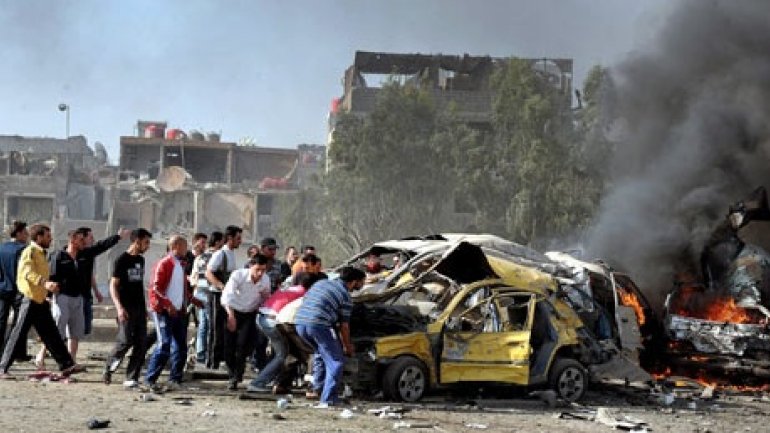 A series of car bomb explosions hit the Syrian capital on Sunday, including a suicide attacker who blew himself up after being surrounded by security forces, resulting in a number of casualties, Syrian TV reported.

The death toll amounts to eight so far.

It showed footage from the scene of one explosion in southeast Damascus, along the road to the airport. At least two scorched vehicles appeared on one side of the road, and some nearby buildings appeared damaged. The closed-off street was littered with debris, while security men roamed the area.

Such attacks have been rare in Damascus, the seat of power for President Bashar Assad. Pro-government forces have been fighting to drive rebels from Ain Terma, one of their last strongholds in the Damascus suburbs.