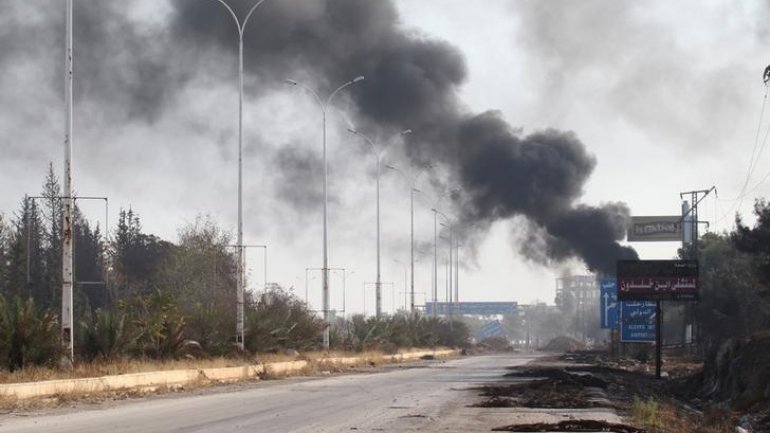 Syria's army said on Monday the Nusra Front and what the army called other terrorist groups had killed 84 people, mostly women and children, in Aleppo during the past three days, in a bombardment that included chemical weapons and rocket fire, reports Reuters.

The Nusra Front broke allegiance with al Qaeda and changed its name to Jabhat Fateh al-Sham in July. It is one of the main rebel groups taking part in an offensive against government-held western Aleppo that began on Friday.

Syrian state media reported on Sunday that militants had fired poison gas at the Hamdaniya district of government-held western Aleppo. Rebels called that accusation a lie.

The Syrian Observatory for Human Rights, a Britain-based war monitor, said it had recorded 48 deaths since the rebel offensive began, including 17 children.

Human rights groups and Western countries have previously accused Syria's army, backed by Russia's air force, of targeting hospitals, bakeries and other civilian areas in their bombardments of rebel areas, including eastern Aleppo.

A U.N. report, attacked by Russia as not having credibility, has also found that the Syrian military has used chemical weapons at least twice, something it denies. Damascus refers to all the rebel groups fighting it as terrorists.

The insurgent offensive against government-held western Aleppo comes more than a month into an operation by the army to retake the city's rebel-held eastern districts, which it had already put under siege.