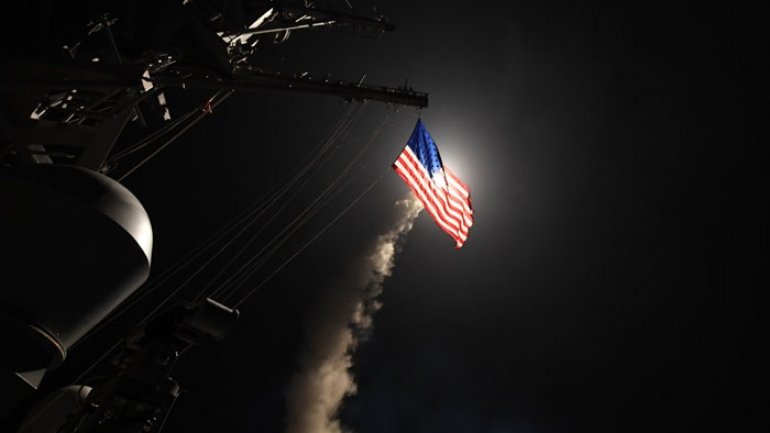 The US has carried out a missile attack against an air base in Syria in response to a suspected chemical weapons attack on a rebel-held town, BBC reports.

The Pentagon said 59 Tomahawk cruise missiles were fired at 04:40 Syrian time (01:40 GMT) from destroyers in the eastern Mediterranean.

In a televised address, President Donald Trump said the base was the launch point for the chemical attack.

He called on "all civilised nations" to help end the conflict in Syria.

Dozens of civilians, including many children, died in the suspected nerve gas attack on Tuesday in the town of Khan Sheikhoun in Idlib province.