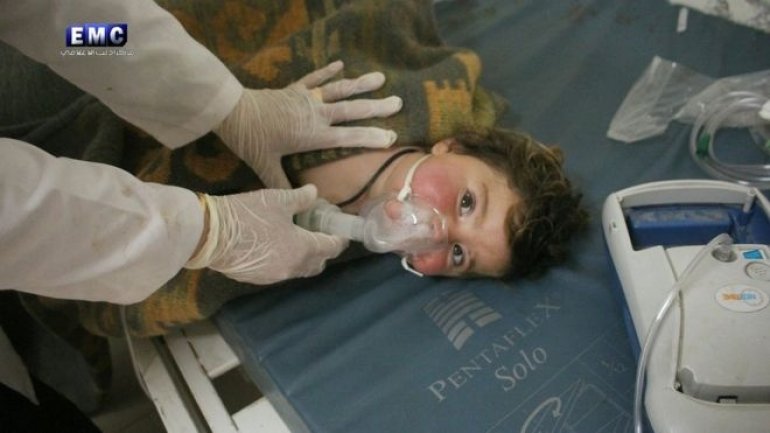 "Incontrovertible" test results show sarin gas or a similar substance was used in the chemical weapons attack in Syria earlier this month, the Organisation for the Prohibition of Chemical Weapons (OPCW) says, according to BBC.

The attack on rebel-held Khan Sheikhoun killed at least 87 people.

Its ally Russia meanwhile said an air strike hit a rebel depot full of chemical munitions - but this suggestion has been widely rejected.

The US responded to the attack by launching air strikes on a Syrian military airfield.