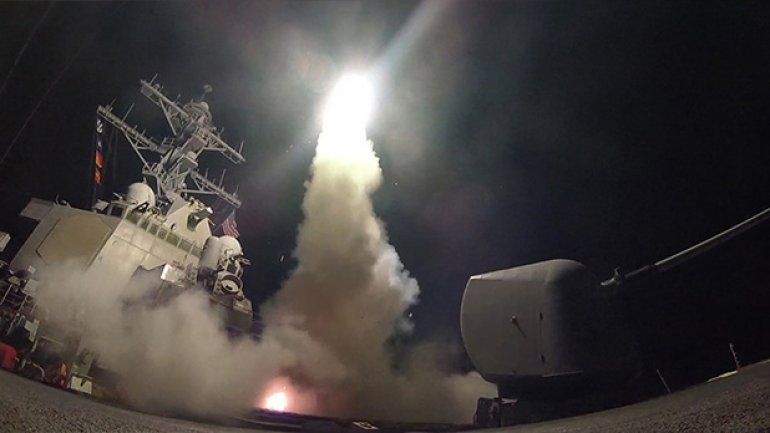 Russia has reacted angrily after the US launched a missile strike on a Syrian government air base, BBC reports.

US officials said the base had been used to launch a chemical weapons attack in north-western Syria that left dozens of civilians dead on Tuesday.

But Russia, which backs President Bashar al-Assad, condemned the US strike and suspended a deal designed to avoid mid-air collisions over Syria.

It is the first direct US military action against Syria's government.

At least six people are reported to have been killed.

It comes just days after some 80 civilians, including many children, died in the suspected nerve gas attack in the rebel-held town of Khan Sheikhoun in Idlib province.

The Syrian opposition and Western powers say the Syrian government launched the attack but Syria denies this.