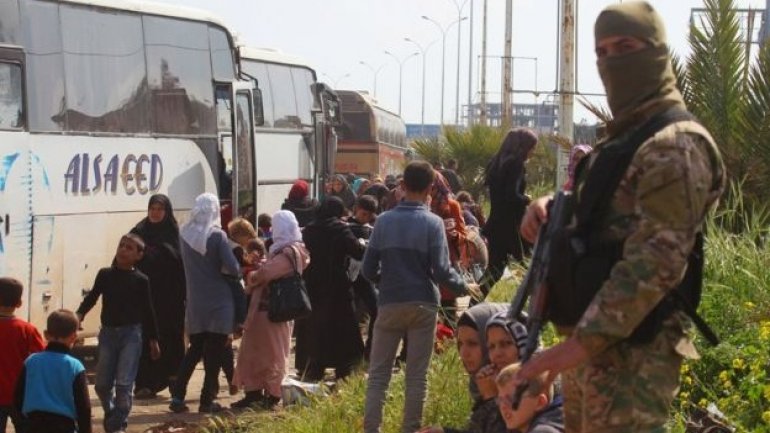 A vehicle filled with explosives hit the bus convoy from government-held towns near Aleppo on Saturday.

The UK-based group the Syrian Observatory for Human Rights said 98 evacuees were killed, along with aid workers and rebel soldiers.

Children were also among the dead, according to several reports.

Many more have been injured and the death toll is expected to rise, the observatory group said.

The explosion shattered coaches and set cars on fire, leaving a trail of bodies, as the convoy waited in rebel territory near Aleppo.