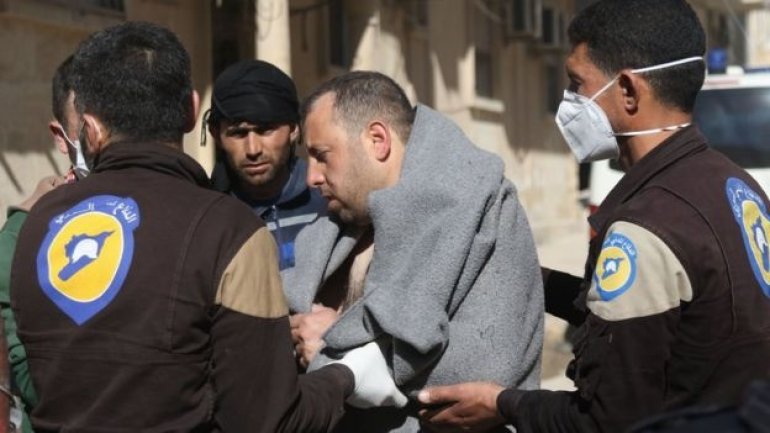 At least 58 people have been killed and dozens wounded in a suspected chemical attack on a rebel-held town in north-western Syria, a monitoring group says, BBC reports.

The Syrian Observatory for Human Rights reported that strikes on Khan Sheikhoun by Syrian government or Russian jets had caused many people to choke.

Local opposition activists and news sites posted photos of those they said had died of asphyxiation.

If confirmed, it would be one of the deadliest chemical attacks in Syria since the civil war began six years ago.