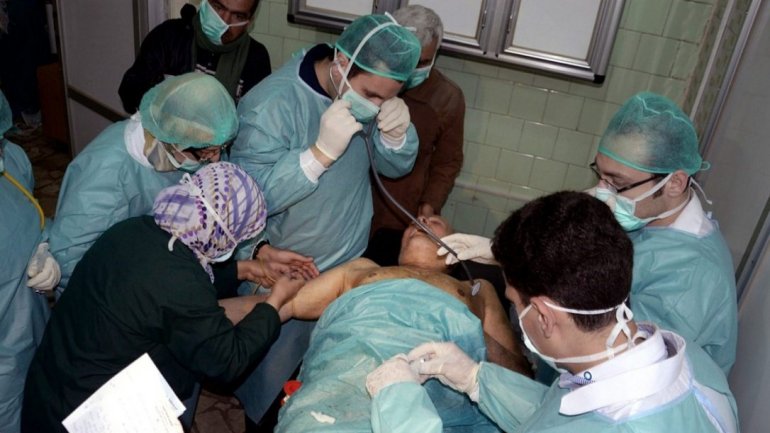 Russia says that a chemical attack that killed and injured dozens of civilians in a rebel-held town in northern Syria came from rebel weapons on the ground, according to BBC.

Its defence ministry acknowledged that Syrian planes had attacked the town of Khan Sheikhoun in Idlib province.

But it said the aircraft had struck a depot producing mines filled with a poisonous substance, for use in Iraq.

The US and others said Syrian planes had dropped chemical weapons, which Damascus denied.

Local journalists say there are no military positions in the town itself, but an array of broadly aligned rebel groups controlling the area surrounding it.

The issue will overshadow a conference under way in Brussels, at which 70 donor nations will discuss aid efforts in Syria.

The UN Security Council is also due to hold emergency talks later following the incident.