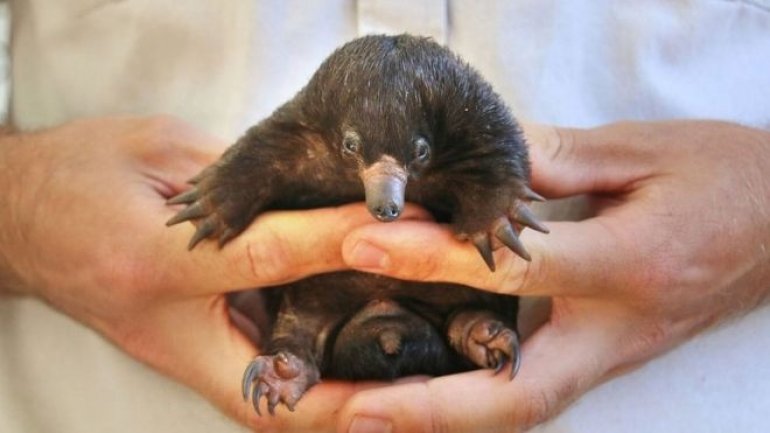 Sydney's Taronga Zoo is celebrating its first baby echidnas, or puggles as they are better known, in almost 30 years, BBC reports.

The three babies hatched from their eggs in August but keepers wanted to see them grow before going public.

"Echidnas are notoriously difficult to breed in human care, but keepers are pleased with the progress of the tiny trio," the zoo said.

The puggles have opened their eyes and are developing the spines characteristic of their species.

They have yet to be named by the keepers but are not expected to leave their burrows until early next year. Until then they will be mostly sleeping.

The zoo has built special nursery burrows to house the arrivals as part of its new echidna-breeding facility.

Echidnas are one of only two Australian mammals that lay eggs (the other is the duck-billed platypus).
The baby echidnas hatch after 10 days and are carried around by their mothers in a pouch-like skin fold for up to two months.