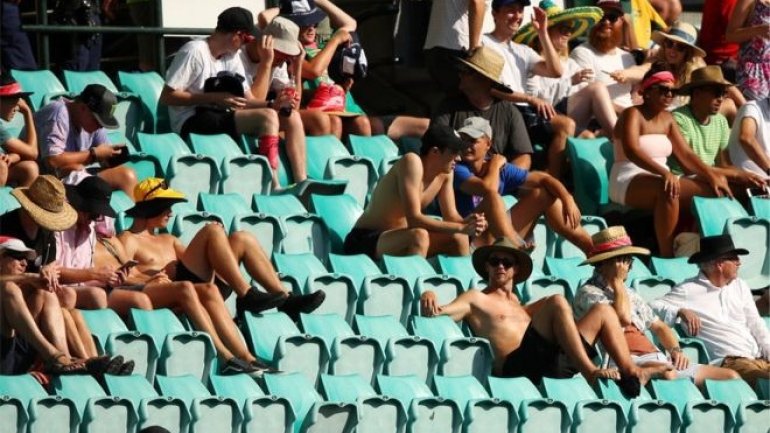 The Australian city of Sydney has experienced its hottest weather in 79 years with temperatures in the region hitting as high as 47.3C.

In Penrith, west of Sydney, residents sweltered as the town bore the brunt of the heat on Sunday.

Severe fire warnings were issued for the greater Sydney area and total fire bans were put in place across the city.

Sunday's temperatures fell short of the scorching heat to hit the area in 1939, when the mercury reached 47.8C.

The sweltering temperatures reached in Penrith were confirmed by the Bureau of Meteorology.

Journalist Jamie Pandaram also wrote on Twitter that the heat had prevented photographers from doing their work.

The fire bans in place in the greater Sydney area on Sunday were imposed to reduce the risk of wildfires, which are common during Australia's arid summers.

Several blazes had already been recorded on Saturday, and a number of properties were destroyed in the states of Victoria and South Australia.

In September 2017, Australians were warned to prepare for a dangerous bushfire season after one of the driest winters on record.

More than 200 weather records were broken across Australia between December 2016 and February 2017, with heat waves, bushfires and flooding throughout the country's summer season.

Experts have warned that land and sea temperatures have been affected by climate change, leading to more extreme weather conditions.